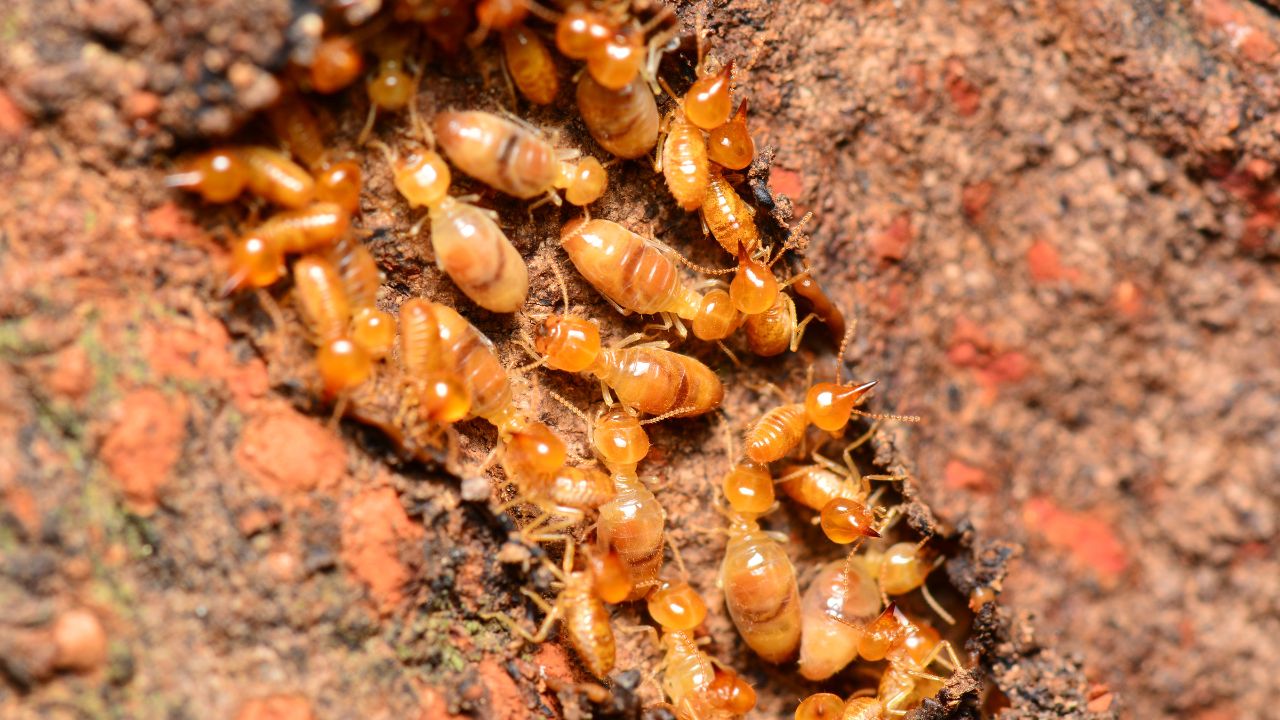 Termites – Everything You Didn’t Know You Wanted to Know

We may earn money or products from the companies mentioned in this post.

Everything You Didn’t Know You Wanted to Know About Termites

Chances are, you’ve heard of termites. But do you really know what they are? Where they come from? What they eat? Below, we’ll answer all of these questions (and more!) to help you get to know these fascinating creatures a little better. Read on to learn everything you didn’t know you wanted to know about termites.

Termites are small, white insects that live in colonies underground. They are often found in warm, humid climates and typically eat wood. Contrary to popular belief, these little creatures are not blind – in fact, they have very good eyesight!

Where Do Termites Come From?

While most people think of termites as pests, they actually play an important role in the ecosystem. They help break down dead trees and other plants, which allows new growth to take their place. Without termites, many areas would become overgrown with dead vegetation.

What Do Termites Eat?

As we mentioned above, termites typically eat wood. However, they will also consume other materials such as paper and cloth if given the opportunity. This is one of the reasons why it’s so important to eradicate them from your home if you suspect an infestation.

At some point in every homeownership journey, you will have to confront the specter of home repair. Whether it’s a broken pipe or a loose shingle, there’s always something that needs fixing. But of all the potential problems your home could face, few are as destructive – or as expensive to fix – as a termite infestation. 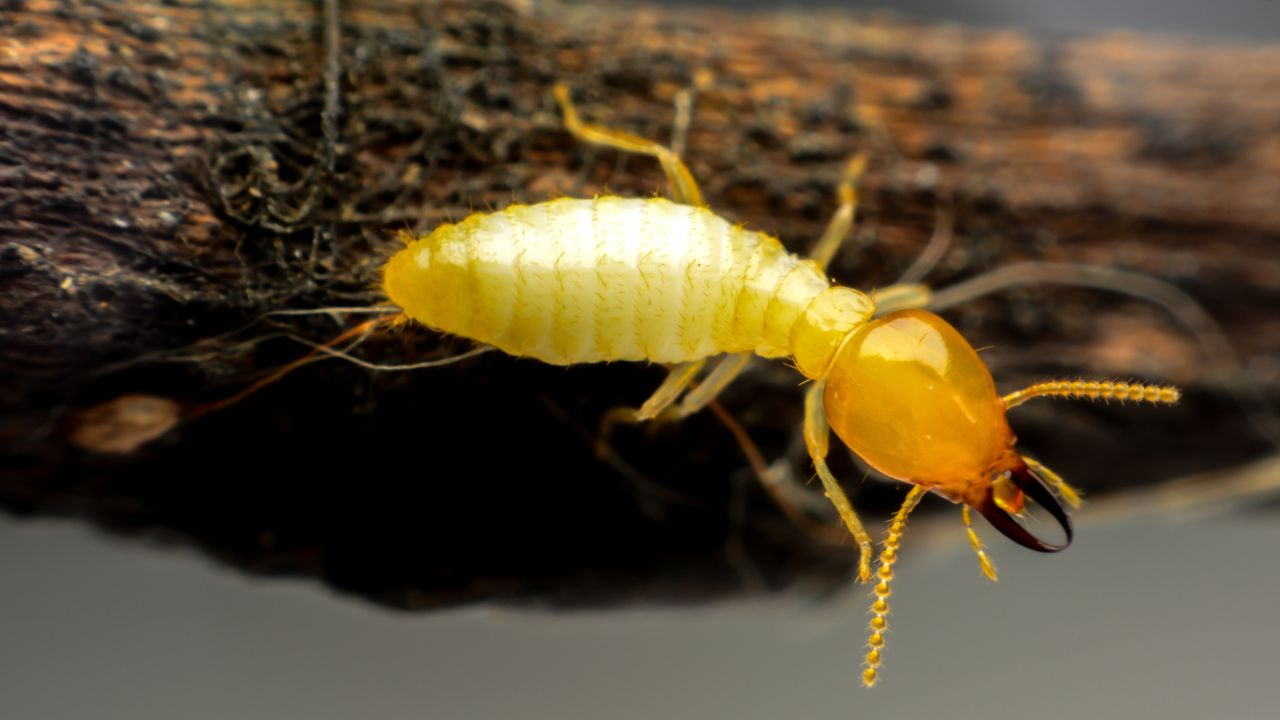 Before you can rid your home of these pesky critters, you need to be able to identify them. After all, as the saying goes, “you can’t kill what you can’t see.” So let’s take a closer look at these creatures and learn what characteristics to look for when identifying termites.

One of the most distinguishing features of termites is their size and shape. Most species of termite are fairly small, ranging from one-eighth of an inch to one-half of an inch in length. Their bodies are also relatively slender and elongated, with six legs protruding from the waist area. In many cases, they also have wings, although they shed these wings after mating.

The vast majority of termites are either white or pale brown in color. There are some exceptions to this rule – specifically, the alates (winged reproductive termites) often have darker coloring. These alates are responsible for starting new colonies, so if you see one it’s a good indication that there are many more where that came from.

Termites are found all over the world, with some 2,000 known species inhabiting every continent except Antarctica. However, not all of these species pose a threat to homes and other buildings; in fact, only about 20 species are considered pests.. Subterranean termites – which account for more than 90% of all structural damage caused by termites – build their nests underground and typically only come up to the surface in search of food.

The Different Types of Termites – A Pest Profile

You may think you know all there is to know about termites. After all, they’re just pests that eat wood, right? Wrong! There’s a lot more to these critters than meets the eye. In fact, there are over 2,000 different species of termites in the world! That’s a lot of termites.

Let’s take a closer look at some of the most common types of termites so that you can be sure to spot them if they decide to set up shop in your home.

Subterranean termites are by far the most common type of termite in the United States. In fact, they’re responsible for the vast majority of termite damage that occurs every year. These insects live in colonies underground and build mud tubes to travel between their food source and their nest. Subterranean termites typically feast on wood, but they have also been known to eat paper, insulation, and even swimming pool liners!

Drywood termites are found in warmer climates and typically live in small colonies inside the wood they’re eating. Unlike subterranean termites, drywood termites do not need contact with soil moisture to survive. These pests are often difficult to spot because they damage wood from the inside out, leaving only a thin layer of wood on the surface.

Dampwood termites are similar to drywood termites in that they live entirely within the wood they’re eating. However, dampwood termites require high moisture levels to survive and are typically found near sources of water such as leaky pipes or crawl spaces with poor drainage. These insects tend to be larger than other types of termites and can be winged or wingless.

How Can I Tell if There Are Termites in My Home?

Unfortunately, by the time most people realize they have a termite problem, the damage has already been done. That’s because these sneaky creatures are experts at hiding! If you suspect you may have a termite infestation, look for small holes in your walls or floors, as well as piles of sawdust near baseboards or windowsills. Check out our article on termite poop (or frass) which could also be an indication of an infestation. You might also hear a faint clicking noise coming from inside your walls; this is caused by the insects tapping their mandibles together, which is how they communicate with one another.

If you spot any of these signs in your home, don’t panic! There are plenty of effective treatments available that can get rid of your unwanted guests for good. However, it’s always best to call in a professional rather than trying to tackle the problem yourself; after all, dealing with termites is not something you want to DIY!

How to Get Rid Of Termites In 3 Easy Steps

If you’re like most people, the thought of having insects crawling around in your home is enough to make your skin crawl. And if those insects happen to be termites, which are known for causing billions of dollars in damage to homes each year, then you’ve got a real problem on your hands. 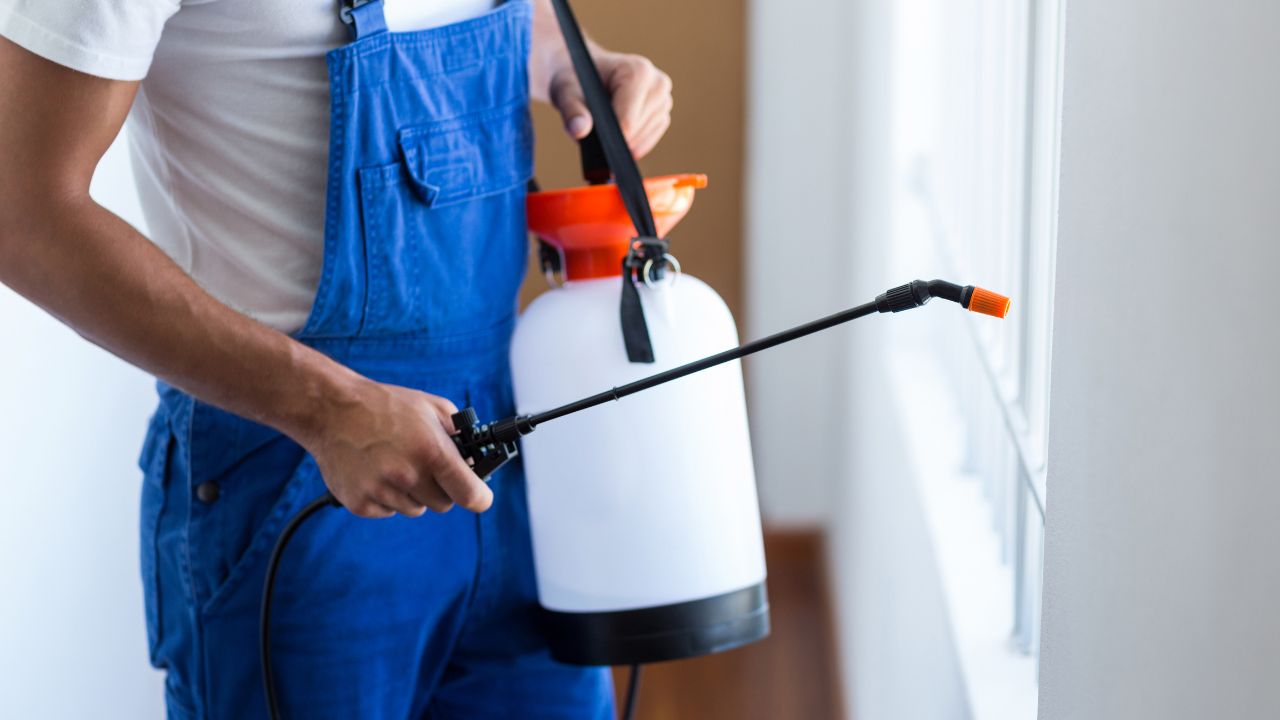 Don’t worry, though, we’re here to help. Here are three easy steps that you can take to get rid of termites once and for all. So whether you’re dealing with a current infestation or you’re just looking to prevent one from happening in the future, read on for everything you need to know.

Step 1: Find out if you have termites.

This may seem like a no-brainer, but it’s actually important to make sure that the insects you’re dealing with are indeed termites and not some other type of wood-destroying pest. The best way to do this is to contact a professional exterminator who will be able to properly identify the pests and recommend a treatment plan.

Once you’ve confirmed that you’re dealing with termites, it’s time to start thinking about treatment options. There are a number of different ways to go about this, but perhaps the simplest and most effective method is to use a liquid termiticide that can be applied directly to the affected area. This will kill these pests on contact and help prevent them from coming back in the future.

Even if you’ve successfully gotten rid of the termites in your home, that doesn’t mean they won’t come back at some point in the future. To help prevent this from happening, it’s important to take some proactive steps. These include sealing up any cracks or crevices in your foundation and making sure that any woodpiles or other sources of food are kept away from your home. You should also have regular inspections performed by a professional exterminator. They can help make sure any potential problems can be caught early on.

No one wants termites in their home. They’re destructive, costly, and just plain gross. But thankfully, getting rid of them isn’t as difficult as it might seem. By following these three simple steps you can say goodbye to these unwanted guests for good.

Now that you know a little bit more about termites, we hope you appreciate them just a little bit more (from a distance, of course). These small insects may cause big problems for homeowners, but there’s no denying that they serve an important role in nature. The next time you hear someone mention termites, hopefully you’ll be able to share a fun fact or two about these fascinating creatures!